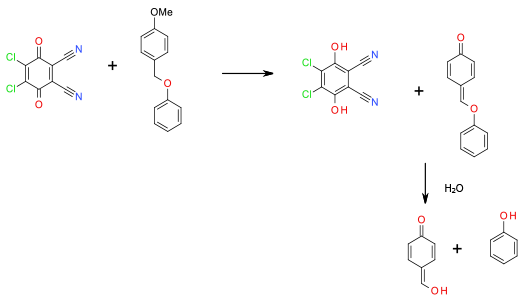 Oxidation to the corresponding quinone methide followed by hydrolysis. Thought to be singlet electron Mediated (see third ref below).

Oxidative cleavage is of limited use - mainly applied in the cleavage of p-methoxybenzyl and related ethers, but can be useful where differentiation between benzyl ethers is required. DDQ and ceric ammonium nitrate are the most commonly employed oxidants.