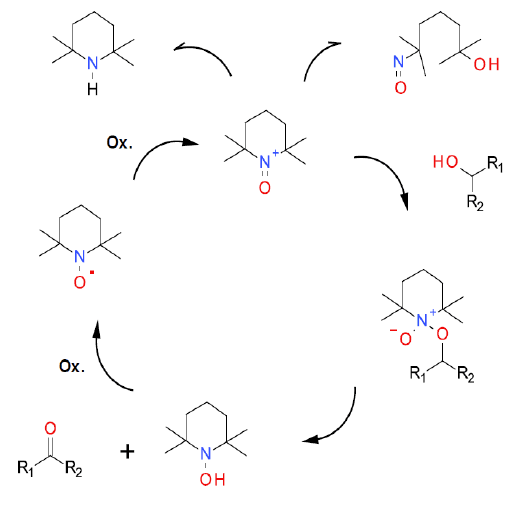 NaOCl is often used as a co-oxidant, generating NaCl as a by-product. NaBr or borates are often added as a promoter.

A common terminal oxidant is bleach (NaOCl), which is often employed with a bromide or borate co-catalyst. Bi-phasic reactions in water are often helped by the addition of a phase transfer catalyst.